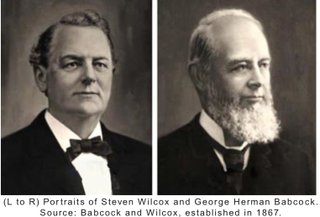 Wilcox’s work with a water-tube boiler (which he improved with the help of his friend) paved the way for electric-generating plants and for efficient and safe locomotive and ship engines.

Stephen Wilcox showed his talent as an inventor from a very early age. After a public school education and apprenticeship, he began studying machines to see if he could improve them as well as thinking about new ways to build new machines. At the young age of 23, Wilcox received his first patent, for a hot-air engine for a lighthouse to produce fog signals (by the time of his death, the number of patents awarded to him was close to 50!). Shortly after his first patent, Wilcox turned his attention to developing an improved, safer boiler (boilers are boxes that use internal fire to heat water into steam). In those days, boiler explosions were very common and often ended tragically. Wilcox’s improved water-tube boiler design featured increased heating surfaces that allowed for better water circulation. This, in turn, reduced the risk of explosion inherent in the earlier designs. Although the boiler wasn’t perfect, it was safer and more efficient than anything in existence, and Wilcox was granted a patent in 1856.

Within the next few years, Wilcox met up again with Babcock and they began working together to improve Wilcox’s water-tube boiler. They believed that there would be increasing demand for steam-powered locomotives and engines for manufacturing once the Civil War ended. in 1867, They received additional patents for engine, pump, and boiler designs. They formed Babcock & Wilcox to manufacture and sell their products. The Babcock & Wilcox Non-Explosive Boiler, as it was called then, used tubing to generate higher pressures and was more efficient than earlier designs. it became standard for all large boilers because of its ability to handle higher steam pressures safely. 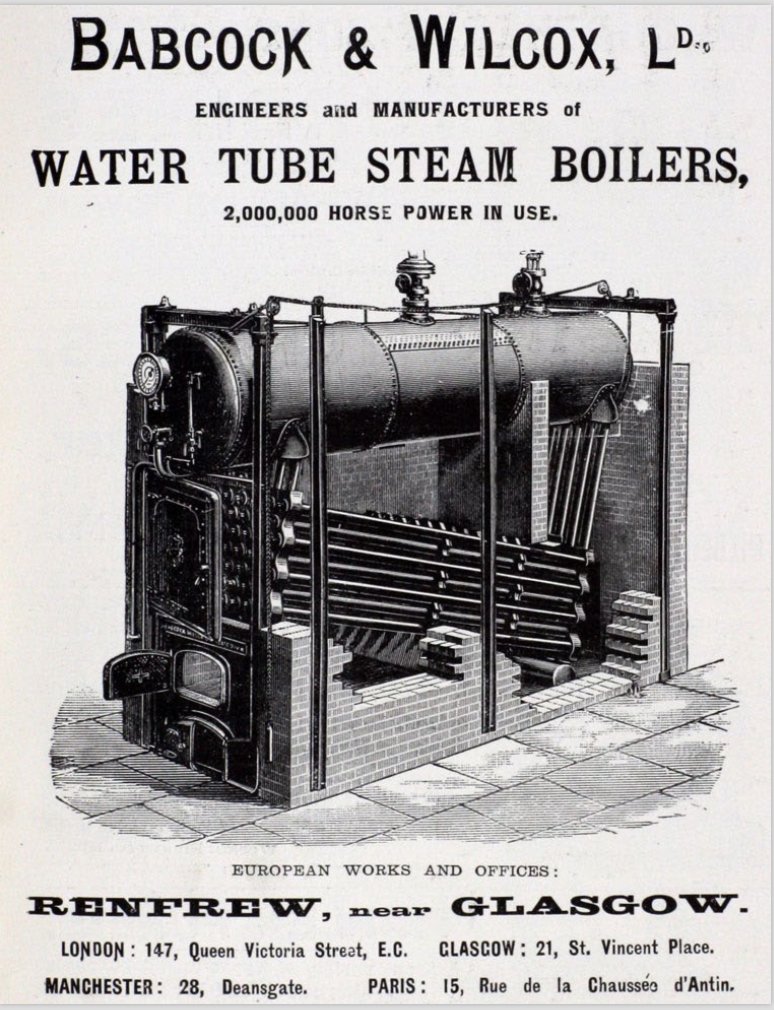 When Thomas Edison began his work on electricity in the late 1870s, the inventor bought a Babcock & Wilcox boiler and later used it in a public demonstration of incandescent lighting. The boilers also powered two of the country’s first central electrical stations in Philadelphia and New York in the early 1880s. In 1888, Edison wrote that his B&W boiler was “The best boiler God has permitted man yet to make.”

A book written by the two partners in 1875, called “Steam: It’s Generation and Use,” outlining the requirements for design or construction of a perfect steam boiler, showed their understanding and insight of the basic principles of what it takes to make a durable and efficient steam generator. The standards they put forth represent best practices even today, and their book has become one of the longest continuously published texts of its kind with periodic updates from the Babcock & WIlcox Co. The 42nd edition was published in 2015 and includes new topics such as environmental protection and emissions control.

Wilcox retired in 1881 but continued carrying out experiments in several areas and received patents on numerous engines and parts over the next decade. In1889, he produced a marine water-tube boiler which was installed in a yacht he had built and named the reverie. marine boilers based on his designs eventually powered U.S. and British naval ships.

Wilcox died on Nov. 27, 1893, and 19 days later, his long-time friend and business partner Babcock passed away.